To analyze family’s income and expenses, we need to see how they change over the time. Thus, we need to collect data first. Don’t worry if you don’t have historical data, you can start collecting data anytime. Even after one month we will have enough data to get some reasonable insights.

June 1, 2016 is the date, when John decided to start analyzing finance streams of his family. For that start date, accounts had the following initial balance: 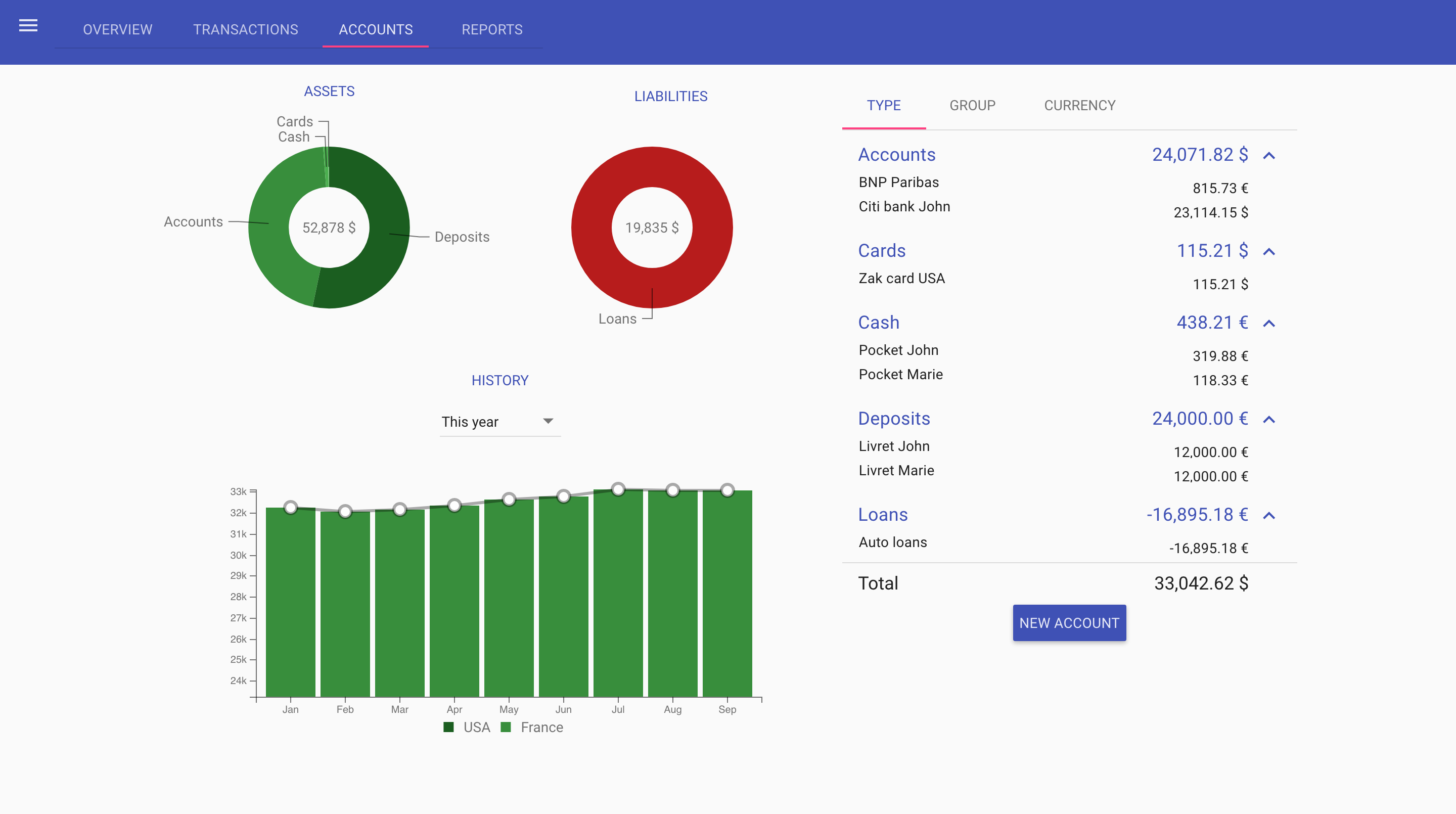 And there are no any income or expenses yet.

For the period from June 1, 2016 to December 31, 2016, the family received some income and spent some money. However, they made a very hard decision to take an education loan for Katy and send her to London. Now they have the following balance of accounts in USD: 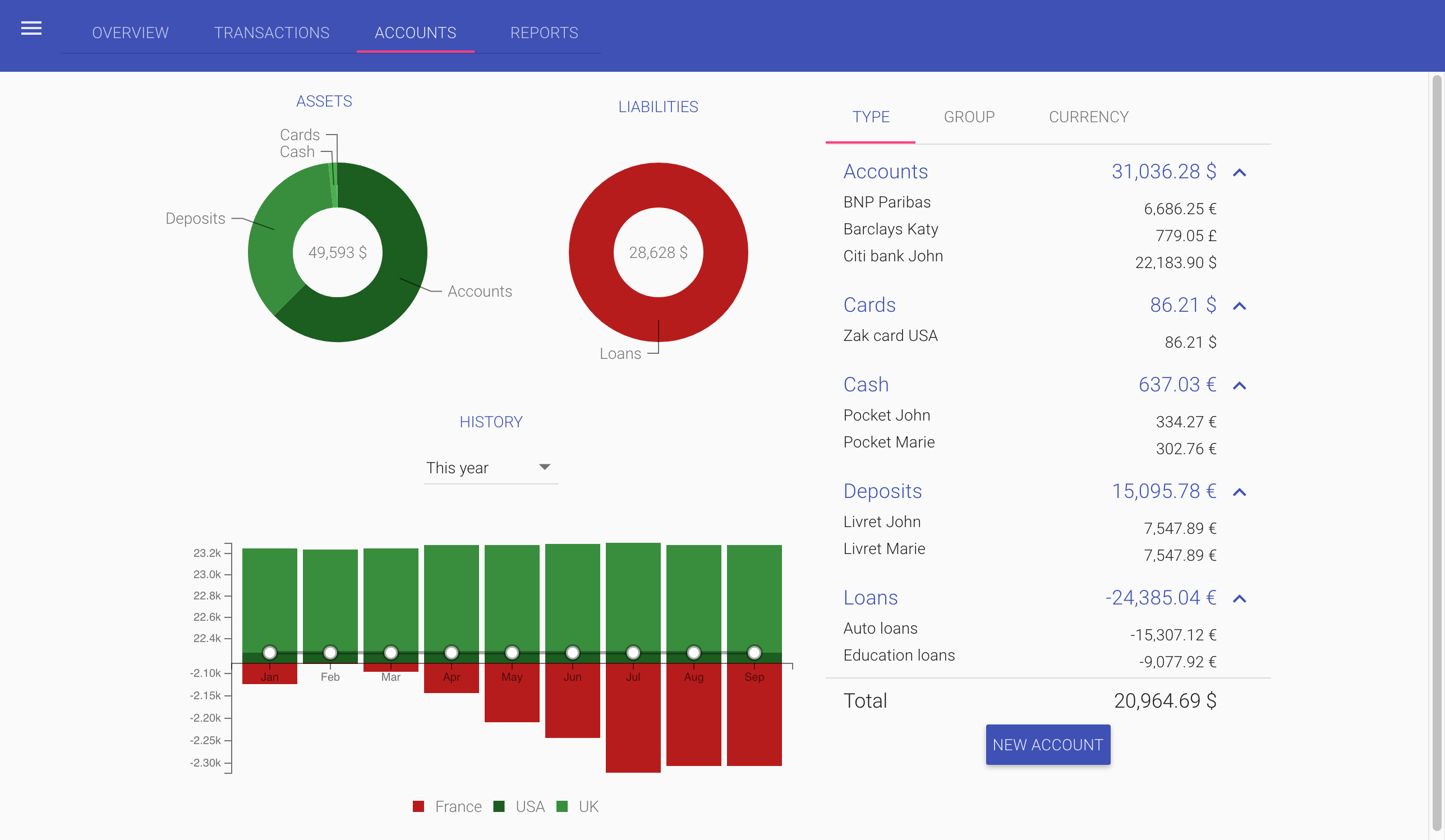 Or EUR (they haven’t decided, which currency is better for them): 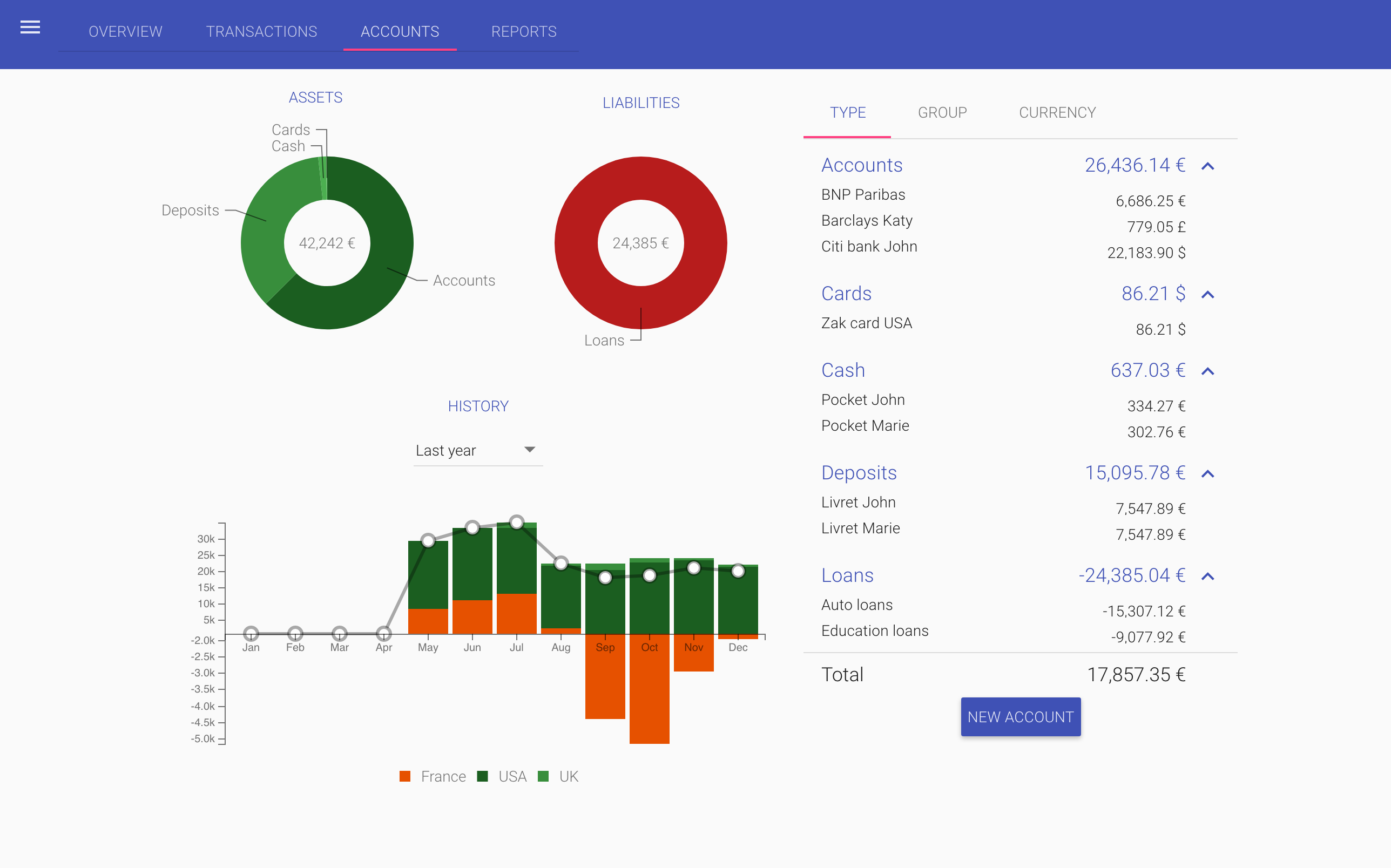 When John and Marie started to collect their incomes and expenses, they saw the following picture. A pretty good distribution of assets and liabilities for France: 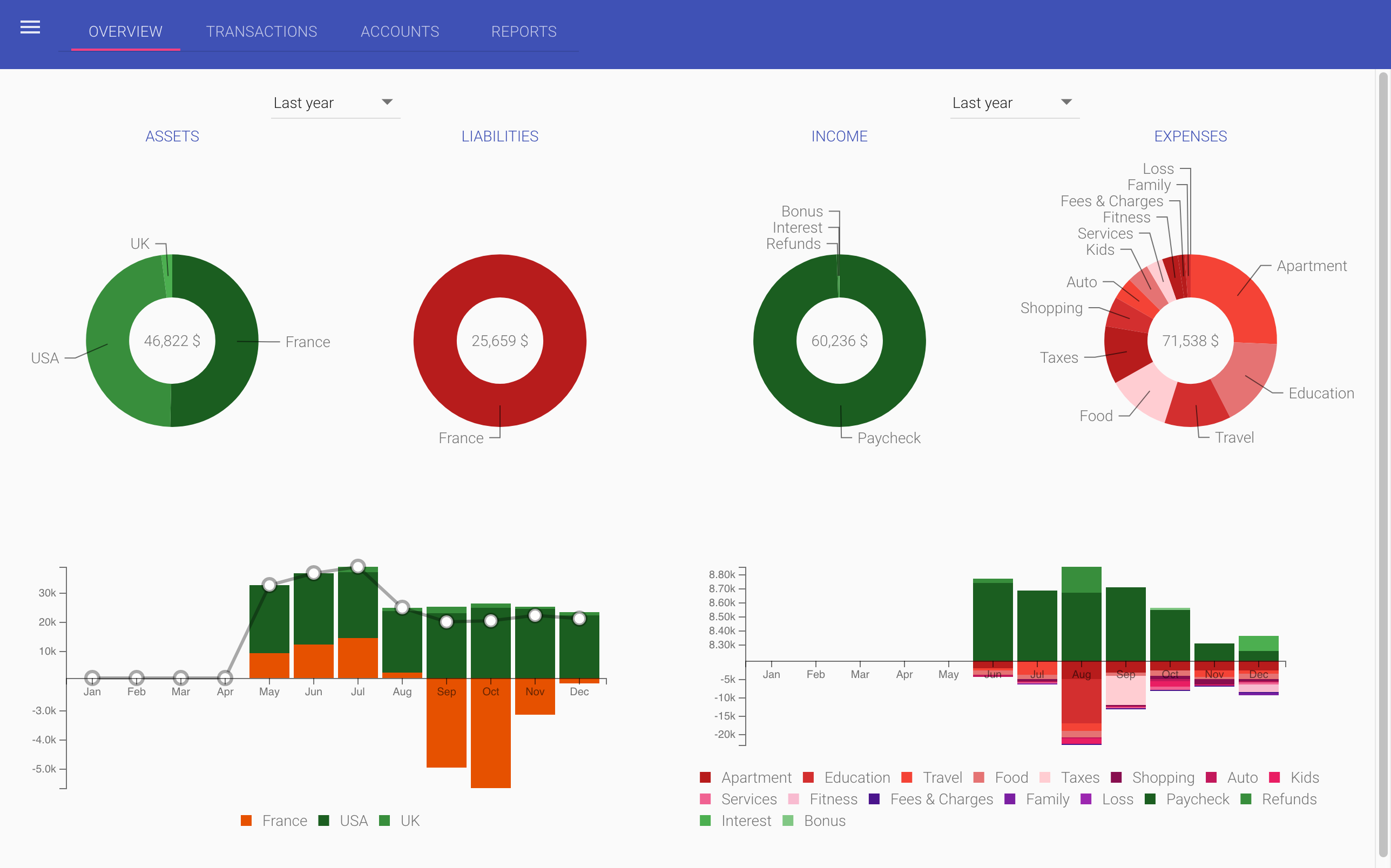 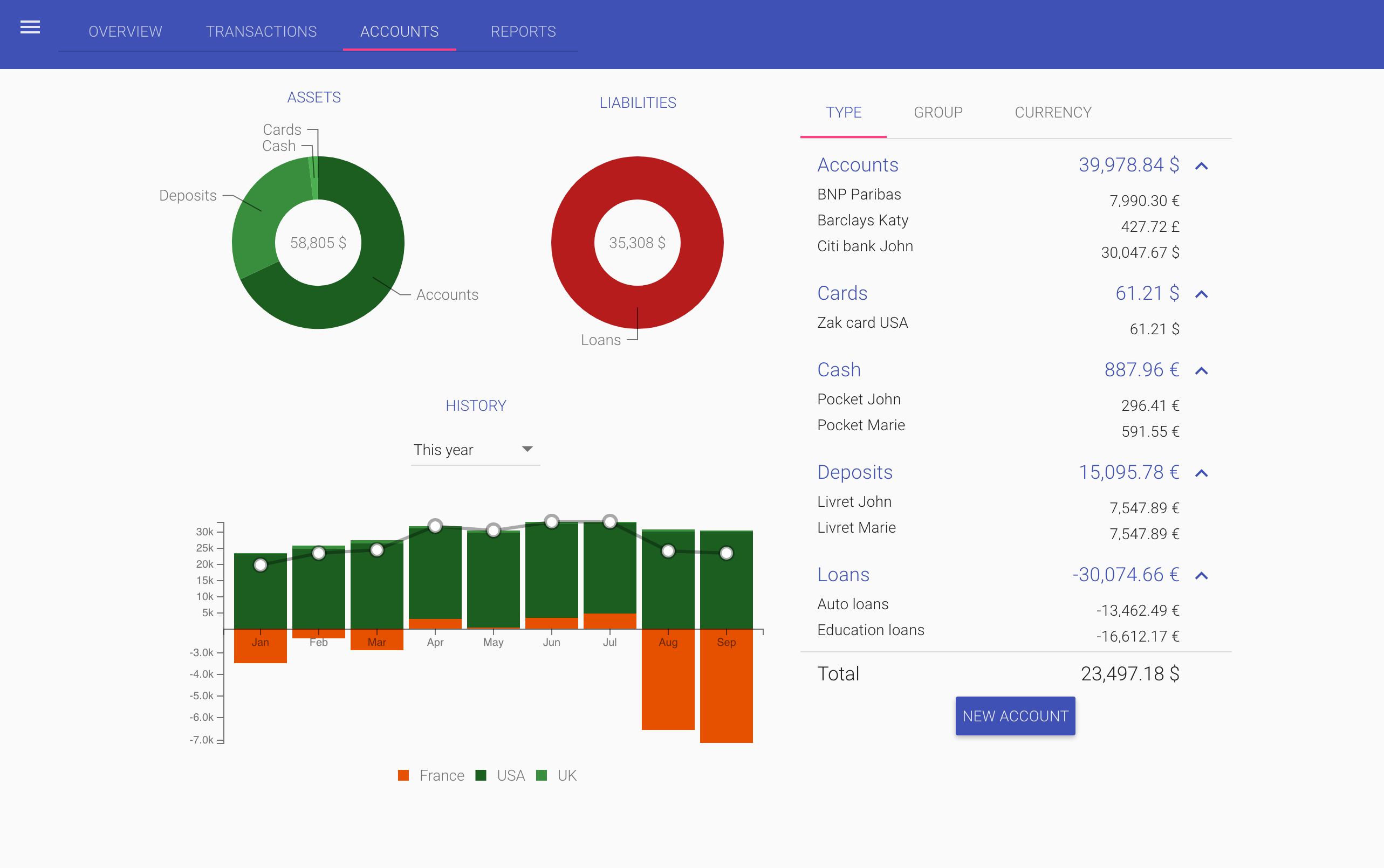 The balance of the family in EUR: 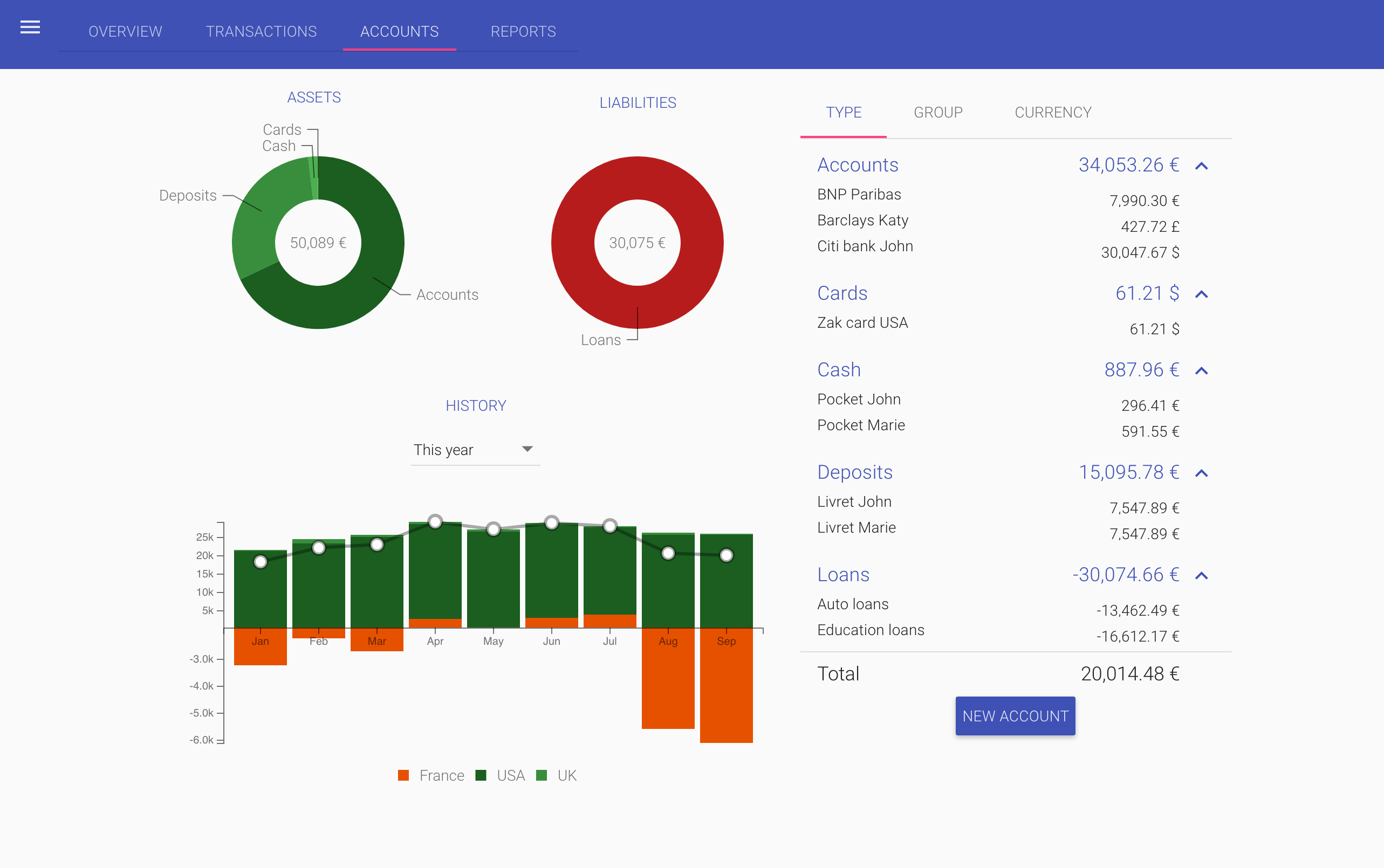 See the structure of the family income and expenses for the 2017 year in EUR: 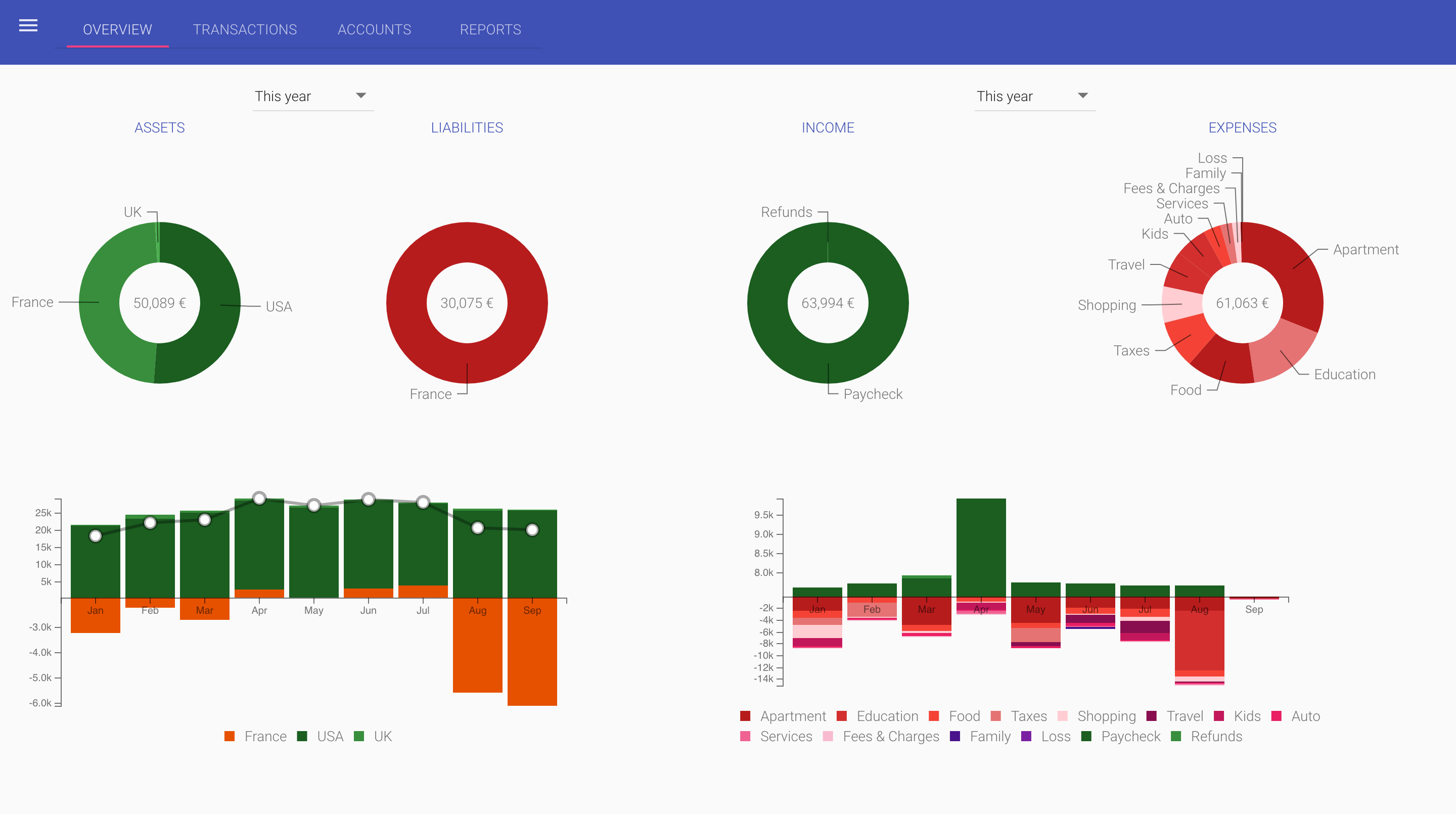 On this picture you can see that John and Marie not only handled daughter's education loan, but also have about 20,000 EUR to invest. However, investments are subject of another story…